Legacy of Agent Orange in Vietnam & the US

Posted on August 26, 2014 by Veterans Speakers Alliance, Veterans For Peace 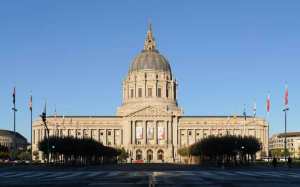 Agent Orange — a defoliant used during the Vietnam War was manufactured by Dow Chemical Company and Monsanto Corporation for use by the US Military. It was shipped to Vietnam in orange striped containers and thus the chemical was branded “Agent Orange.” The chemical was highly dangerous and was found in some locations to be hundreds of times greater than levels considered safe by the US EPA. It has been reported that as many as 3 million Vietnamese have been affected by Agent Orange. According to some sources, it still impacts the people of Vietnam. It also has affected Veterans of the US Military and the Vietnamese Military.

SFHCMSSC 19 years of creating programs to improve the quality of life of the people of Vietnam. SFHCMSSC invites you to join us on for this presentation. Meet others who share your concerns and learn about the exciting programs that we are planning for our members and friends.

1 Response to Legacy of Agent Orange in Vietnam & the US